On 4 March 2010, the German Bundestag set up the Enquete Commission "Internet and Digital Society". The members of the commission had the task of presenting the current state of digitisation and of drawing up recommendations for the Bundestag on how to deal with the challenges of digitisation. Since the Bundestag did not want to support the project financially, the online participation platform enquetebeteiligung.de was set up on a voluntary basis. This was the first time in Germany that a parliamentary commission directly involved citizens and NGOs in its work via the Internet. The project was financially supported by a donation of ISPRAT e.V. and the commission expert Alvar Freude for the operation of the servers.  The platform went online on 24 February 2011 and was based on version 1 and later version 2 of our open source software Adhocracy.

The Commission's 12 project groups used the platform differently. However, the most important instrument and innovation of the online platform was the text work. By decision of the Commission, each of the project groups published its interim reports on enquetebeteiligung.de. Citizens and NGOs could leave comments and suggestions for changes there. Contrary to the normal practice in commissions of the Bundestag, the reports of the project groups were already published before they were finally adopted by the complete commission. In addition, many project groups collected suggestions via the Adhocracy platform. A total of 3,250 participants used the platform and contributed over 80,000 actions (evaluations, proposals, comments) to the Commission's work. 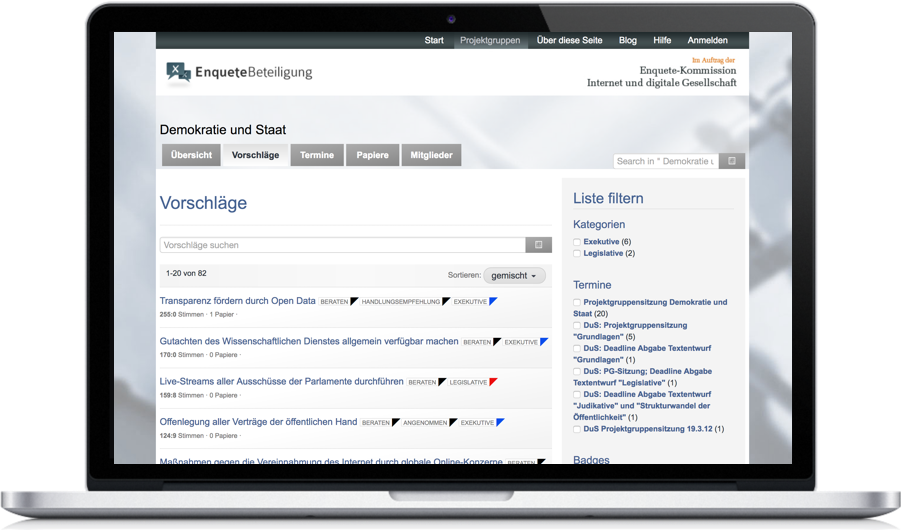 Onlin-Plattform of the working group “Democracy and State” on Enqutebeteiligung.de

For the first time in the history of the German Bundestag, Enquetebeteiligung.de offered citizens and NGOs the opportunity to participate directly in the work of the parliament. The more than 3,000 users contributed hundreds of suggestions, which in many cases are reflected in the final report of the project groups of the Enquete Commission. The project was scientifically evaluated by Zeppelin University as part of a user survey. The result: "The users assess the ad hocracy platform positively and would participate again by means of this or similar software. [...] For the [Enquete Commission] enquetebeteiligung.de was able to generate decisive impulses with regard to content and thus a great added value." 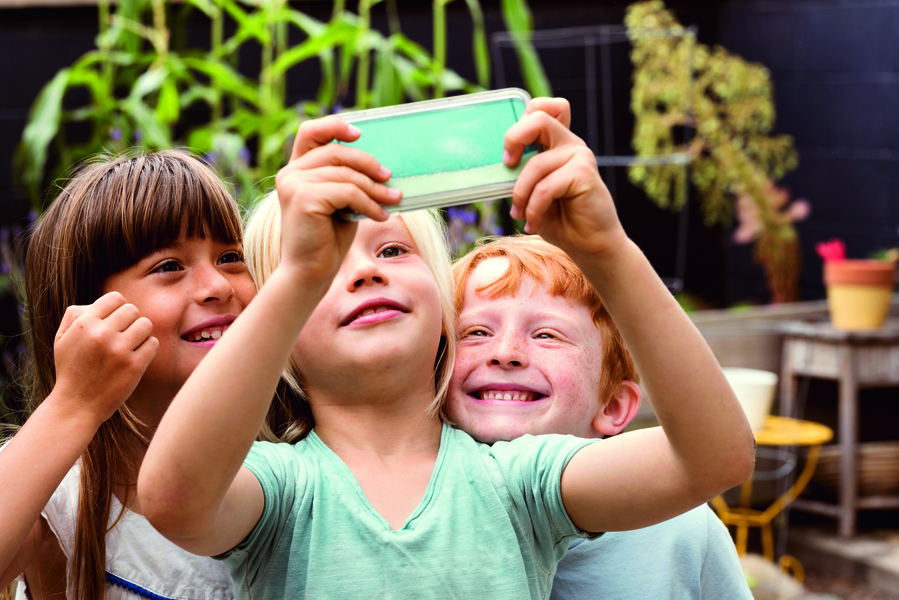 On the path to the SPD government program for the 2021 federal election, all party members can contribute online.