Networking Parties - a new model for digitizing and democratizing politics

Katarzyna Anna Klimowicz is PhD candidate at University of Warsaw (Poland) and presents her research about the emergence of networking parties promoting citizen-centered politics, such as Razem in Poland or Podemos in Spain. 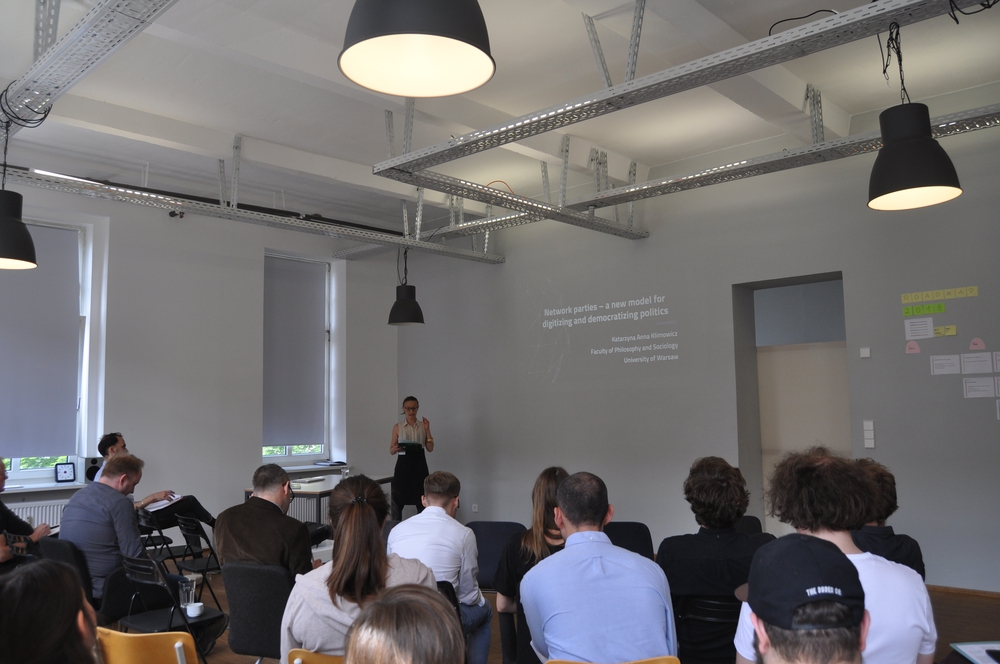 The presentation starts with an introduction into the characteristic features of networking parties which could be summarized as: direct, deliberative and participatory. Networking parties are marked, firstly, by horizontal, network-like structures and based on local circles (such as citizen assemblies). Secondly, they often include a (citizen-led) social or protest movement - as the political party Podemos demonstrated in 2014. Thirdly, it is typical for networking parties to use digital platforms in order to promote collective leadership.


In order to illustrate these features, Katarzyna, subsequently, presents some case studies, as for instance Barcelona en Comú (Spain) who uses the digital tool "decidim" and the networking-party Razem (Poland) who uses a forum for citizen participation. The most controversial example here is MoVimento from Italy. This party uses a platform that enables decision-making online and which has about 100.000 users. It is a private tool and not open source. Therefore, the ownership as well as the knowledge about the tool are centred in a few people, which is problematic with regard to questions like transparency, accountability etc. The common features that all of these networking parties use on their platforms are: Collective decision-making, Deliberation, Voting, Sharing of documents and Crowdsourcing. 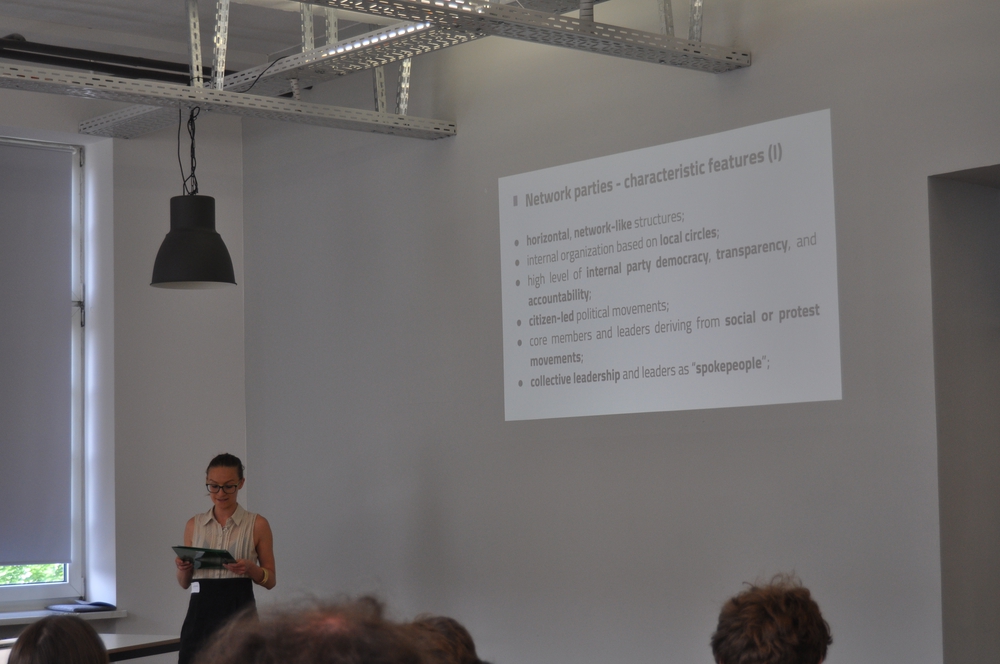 Furthermore, Katarzyna identifies several risks and challenges networking parties face by using Infomation Communication Technology (ICT). The main challenge is to conciliate transparency and privacy. Moreover, hacking and the concentration of power among participants present a problem for the efficient use of ICT's as well. Finally, the process of co-determination within these parties is threatened by pseudo-participation which means that citizens have the possibility to participate without their participation having any impact.

In conclusion, Katarzyna argues that digital tools are not the final solution to all democratic problems. However, digital tools are of value as an extension of existing methods. They possess the power to improve conventional structures by introducing a more holistic approach and to broaden the possibilities within a party. Therefore, the application of digital tools is not about finding the final solution to all our problems but rather to open up our conventional ways and structures in which we operate and in which decision-making takes place.